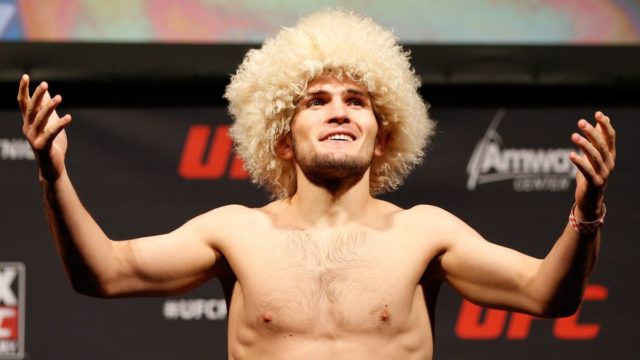 First of all, my apologies for missing the last event. I try to get these articles out as often as possible and hopefully this one can make up for it. The focus of my best bet tonight is the lightweight fight between Khabib Nurmagomedov and Edson Barboza.

There are two big elements of consideration that have led me to my stance on this fight. The first is the skills matchup between these fighters, and the second is how they match up in terms of heart / mentality. Together they have led me to a strong position on this fight and so I will be staking 2u here. The only other occasion where I have had a 2u stake in my best bet series was in the Bisping vs GSP fight at UFC 217.

As far as the skills matchup go I shouldn’t need to tell you guys this is a classical striker vs grappler contest. Barboza is easily the better striker, perhaps one of the best, and his goal will be to get his strikes going while avoiding the takedown at all costs. Khabib will of course be pursuing the takedown and rather than avoiding the striking at all costs he usually hopes to walk through his opponent’s offence in other to get to his own.

Personally, I think it takes something special to stop Khabib from taking you to the ground and unless Barboza scores the knockout early I don’t believe he will be able to keep the fight on the feet. It’s not an accident that he has excelled when facing other strikers and quite a lot of his takedown defence is based around his athletic ability rather than exceptional technique. I don’t think that will work for him here and he will find himself unable to cope with Khabib’s relentless pressure, strength and grappling expertise.

Ok, so, I believe the fight will go in the favour of the heavy favourite. Nothing ground breaking there! On to my second element. I think this is a conflict where the outcome will be decided by both technical skills and mental skills. Khabib has never shown an element of quit in any fight. The way he was telling Michael Johnson that he “must give up” while pounding his face in was quite frankly terrifying. Edson, on the other hand, I believe is capable of wilting when a fight doesn’t quite go his way, particularly in the grappling. He is not fazed by taking solid shots on the feet, but dominate him via grappling and I think he will tire and ultimately break.

Khabib has finished his last two opponents which were his only fights in almost the last three years. He is hell bent on UFC gold and if he can have his way in this fight and feels Barboza tiring I think he will pursue a finish and it will likely be whatever finish Barboza gives him, whether he stops defending himself or gives up his neck. With this summation of the fight in mind I will be betting Khabib round props and splitting my stake, as followers know I like to do in these situations.

As always, the way I see the fight may not be the way it goes and Edson is very much a decorated fighter who could have been a champion himself if not for untimely, somewhat uncharacteristic losses. If he can find a way to keep this fight on the feet he should win but I just don’t see how he will manage to do that.