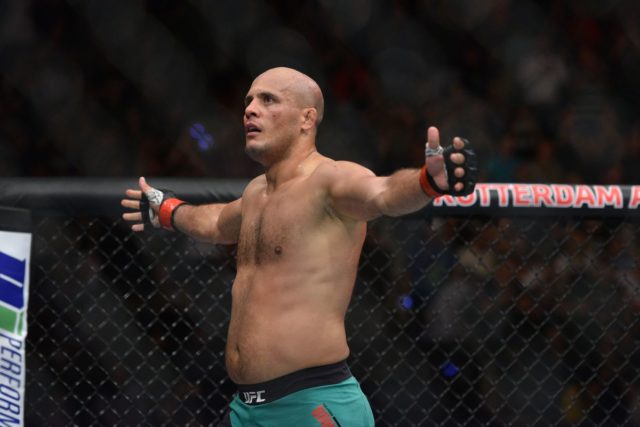 Before I get to my best bet for tonight’s event I’d like to give a shout out to @ASH1MMA and @MKOPE, two members of the MMAforMoney Team and MMAforMoney radio / podcast regulars, who will be attending UFC 232 tonight! Check them out on twitter and be sure to give them a follow for a first hand experience of the event from the MMAforMoney crew!

The focus of my best bet tonight is the welterweight clash between Curtis Millender and Siyar Bahadurzada.

Millender came into the UFC after an impressive win streak and suitably dispatched Thiago Alves, who played into Millender’s game by conceding reach and staying on the outside, before going to a decision against what is an average UFC fighter in Max Griffin, who managed to take Millender down.

Siyar has suffered from inactivity more than anything. I would say the perception is he is just another average UFC fighter as described above. Siyar is not that. He is not a future champion or even contender, but he is a skilled fighter gifted in a certain area – power. The danger you face against Siyar is not that of the average UFC welterweight.

This could be a new experience for Curtis, and while you can point to his size advantage you have to understand that Siyar has traditionally fought bigger men and his game is all about getting inside and landing thudding blows (punches is not the right word for what Siyar throws!).

Greg Jackson has slowed down Siyar’s game, as has inactivity and age, but it means that he carries his power and threat throughout three rounds. He’s not the type of fighter to get you out of there in the first if you are athletic and evasive, as Millender is. However, when you tire, and that movement output goes down, Siyar’s volume and power does not. For a guy like Millender who leaves his chin up there, relying on his evasive speed, that does not bode well.

The odds say this will be a close fight, and that’s what I’m hoping for even though I am betting Siyar to finish. Give me one round each going into the third with a tired Millender and I will be licking my chops.