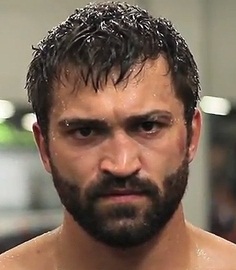 Not many professional fighters or even legends in the sport can say they’ve had a 16 year career in MMA. Even fewer can say they’ve had 21 fights in the UFC Octagon. Andrei Arlovski is what MLB and the NFL would call a first ballot hall of famer. This article will breakdown his success and why he has nothing else to prove.

After being picked on as a youngster, “The Pit Bull” started his martial arts journey in the form of Karate at the age of 16. While training for law enforcement, he proved to be a great sambo competitor, winning numerous awards & medals. At 21, he made his MMA debut, losing by KO, but undeterred he kept fighting, which would prove to be a foreshadowing of his story in MMA.

Arlovski eventually made his way to the UFC during the pioneer days. Unfortunately, he went 1-2 in his first 3 fights. Knocking out top competition, and a motorcycle accident involving the UFC heavyweight champ, Frank Mir, properly aligned the stars for Andrei to have a shot at the UFC HW title. He faced Tim Sylvia, in what was a quick barnburner of a fight. Arlovski dropping him quickly, and then subbed him with an Achilles lock. These 2 would eventually fight three times, in what undoubtedly will go down in UFC history, as an epic trilogy for the sport.

Andrei would leave the UFC in 2008, and test the waters in other organizations, where he had staggered success, but was a fan favorite because he always delivered entertaining fights. For the Affliction promotion, he knocked out Ben Rothwell, en route to a 13 fight winning streak, and was the first man to finish Roy Nelson. I attended the Affliction event that featured his fight with legendary fighter, Fedor Emelianenko. Arlovski seemed to be piecing up the heavyweight GOAT, until a missed flying knee attempt brought a counter that floored him. The energy in that arena was the most intense feeling I have ever witnessed at a sporting event, and AA was directly responsible.

Suffering 3 knockouts in devastating fashion, during a 4 fight losing streak, brought some concerns to Andrei’s future, and a lot of people had written him off as a washed up fighter at the end of his career. His chin appeared shot, but he was still able to rattle off 4 UFC wins, before he lost a decision to Anthony “Rumble” Johnson. Arlovski had his jaw broken early in the fight, and lasted till the sound of the bell, to squash some of that “washed up” talk by MMA fans & media alike.

Many had written him off once again, and didn’t expect much from him when he returned to the UFC. He silenced the doubters by winning 4 in a row. Andrei not only had another career resurgence, but he surprised a lot of people as he rose in the rankings as a possible UFC HW title contender. Defeating top contenders Travis Browne and Frank Mir . seemingly out of nowhere, he was in title contention at the twilight of his career. Stipe Miocic would put a stop to that run this year in early January, and eventually win the title. In 2016 he has lost 3 straight and 2 by knock out.

9 knockout losses over the course of his 38 fight career has had a lot of diehard fans worried about his health. Even in some of his recent victories, he has been dropped by shots that he could take in the past. The UFC heavyweight division is depleted at the moment, and I think the UFC brass will still give him big fights, even after his disappointing submission loss to Josh Barnett at the UFC Hamburg event this weekend.

With all of the information that has been coming out about CTE, and the frightening long-term effects of the condition, it might be in his best interest to hang up the gloves for good. From the boxing term of fighters becoming “punchy” or “punch-drunk”, to NFL players committing suicide, it has become a serious issue that needs to be addressed. A fan favorite, a true warrior at heart, and a former champion, Andrei Arlovski has nothing left to prove in my mind. A pioneer in the sport, he was able to evolve his craft throughout the years, in order to keep up with the advanced techniques that we see today. Many of us would agree, that this is finally the time Arlovski hangs the gloves up for good. As a fan of his, who’s respected him for many years, I honestly hope he does.

And if you’re reading this…Thank you champ, you were one hell of a fighter over the years, and I’m proud to call myself a fan. 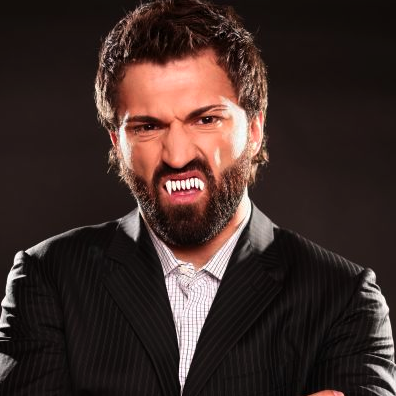